LET'S COMMIT TAKING CARE OF OUR COMMUNITIES,
TOGETHER. 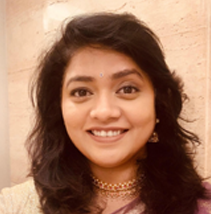 It’s not every day that we come across a multifaceted personality who is an entrepreneur, motivational speaker, Management consultant and has trained India’s top corporates and Rotarians across multiple districts, Founder and CEO of a successful consultancy and who has held almost all the top posts and has won many awards in Rotary, sports, Corporate and social arena.

Manjoo Phadke is the Founder & CEO of SkillArbor Consultancy, an Approved Training Partner of Tata Institute of Social Sciences (TISS). An Entrepreneur, Director, Corporate Trainer, Motivational Speaker and a freelance consultant having trained more than 15000 trainees.

Her clients include Tech Mahindra, KPIT, Reserve Bank of India, Bank of Maharashtra, Cipla, Emcure Pharma, NeilSoft Technologies, PNG Jewellers to name a few.
She is part of many HR Groups and an Ex-Member of the executive committee of O-HR. She has organised several National & International corporate events such as Super Achievers Awards, HR Excellence Awards, Global Entrepreneurship series, Brand Summits, Management Film Festivals etc in India and other countries too.

Her other achievements include :

She loves to explore the world and has been to more than 30 countries.
A dedicated Rotarian since last 18 years, she is a Charter Member (2003) and a past president (2006-07) of Rotary Club of Pune Deccan Gymkhana. She has a vast experience in the Rotary District 3131 having served on 22 posts in the last 12 years, major ones being:

Rtn Manjoo has been a speaker / trainer at more than 40 rotary events such as PETS, DTA, DTTS, DLTS, Pre-PETS, AGACTS etc.


She is a recipient of many significant awards at District and many others at Club level:

She is also a proud recipient of:

She is a Major Donor level 1 of The Rotary Foundation.

Manjoo is a creative, approachable, and a charming Leader with very innovative ideas and a positive attitude. She has guided many clubs in realizing their own potential owing to her ability to motivate people, build teams, lead them and cultivate more leaders.
Other Facets of her life include:


For her achievements in professional and social fields, she received a “Rana Ragini Puraskar”.

She belongs to a much decorated family. Her father-in-law was Dronacharya Awardee and Padmashree, Shri Gopalrao Phadke. Her husband Vishwas is a businessman, daughter Isha is MBA in Marketing and MA & Alankar in Kathak and is a professional Kathak Dancer. Son-in-law, Ambar is an IT professional and a Visharad in Tabla.

Rtn Manjoo is an energetic, hardworking and enthusiastic person. To most, she is a friend, philosopher and guide, a person with a down-to-earth approach, easy adaptability to changing situations and out of the box ideas with a matching ability to execute them.
In Rotary, she dreams of making each club strong in its own way and making its contributions count in taking RID 3131 to a Numero Uno position.